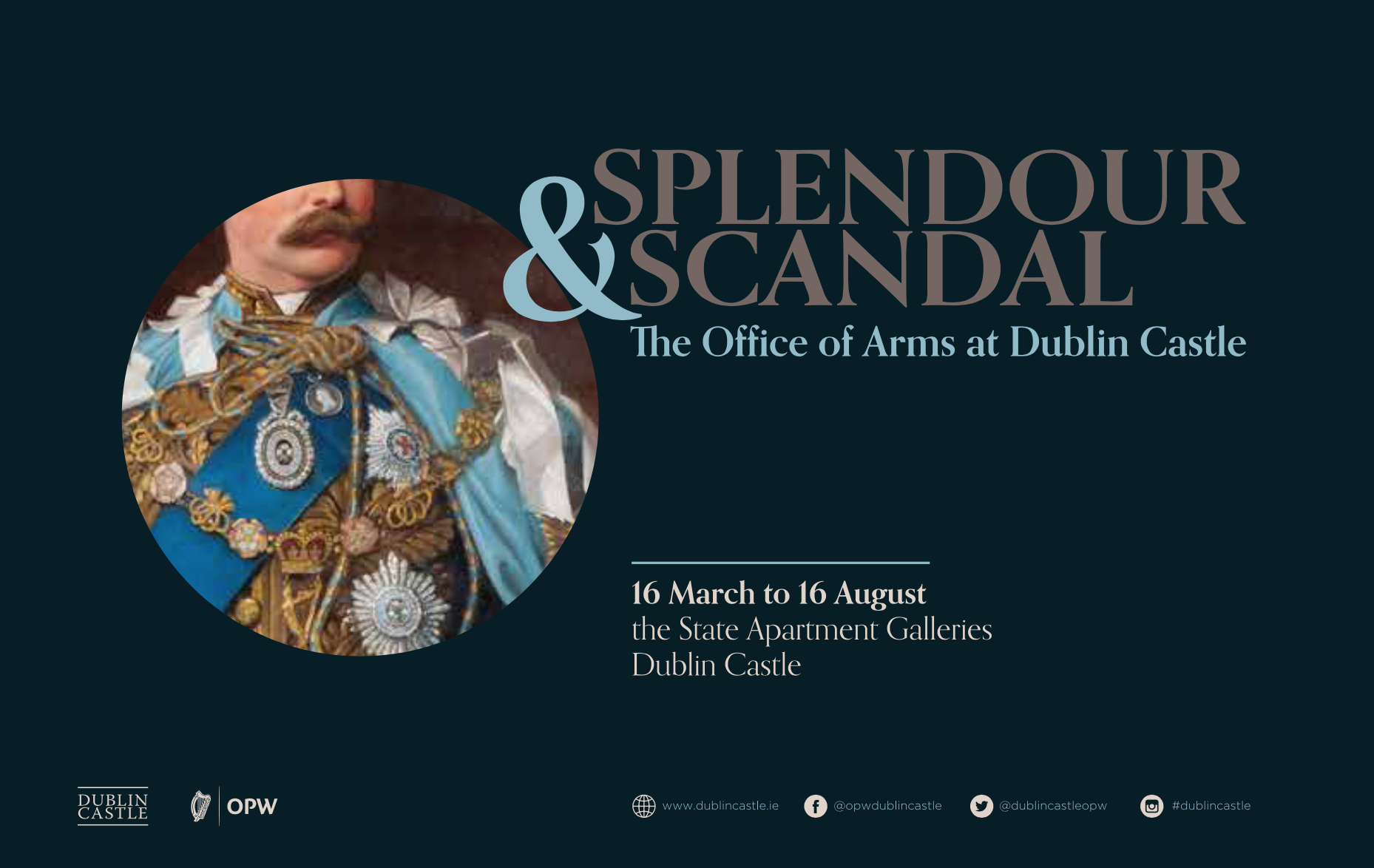 The Office of Arms was, and in some senses still is, the oldest office of state in Ireland. It was established in 1552 as the Office of Ulster King of Arms, the heraldic authority for the island of Ireland and for almost 400 years it granted coats of arms to individuals, places and organisations; it maintained family trees and arbitrated on the rights of inheritance; and it stage-managed the pomp and ceremony of the State. In 1943, it became the last office to be handed over by the British Government to the Irish State, which had gained its independence in 1922. Reconstituted as the Genealogical Office, and later as the Office of the Chief Herald of Ireland, it continues its centuries-old heraldic work to this day, as part of the National Library of Ireland.

For some time before and after its reconstitution, the Office was known colloquially and simply as ‘the Office of Arms’ and the majority of its work remained the same either side of the 1943 demarcation. This exhibition explores its story as a single entity, looking at aspects of its history during the 150 years in which it was physically located within the walls of Dublin Castle, from 1831 to 1981. These range from the role of the Office in the organisation of state ceremonial and pageantry to its links with the disappearance of the Irish Crown Jewels; from its involvement in crafting the identities of the two states that emerged on the island of Ireland in the 1920s, to its larger role in Irish genealogy and diplomacy in the mid-twentieth century.

The exhibition is included in your entry ticket to the State Apartments.

The exhibition is available to view here online. We look forward to welcoming visitors in person in the not-too-distant future.

Click on the links below to view the exhibition items in each of the four rooms.