“Brilliant Star, Brilliant badge, Gold Badge, ORDER OF ST PATRICK, for the use of The Lord Lieutenant of Ireland.”

By William Derham, Curator of ‘Splendour & Scandal: The Office of Arms at Dublin Castle’.

So reads the engraved lettering on the oval brass plate of an otherwise nondescript mahogany and brass-bound box. It is no bigger than a biscuit tin, and to some eyes little more interesting.

The short, curt description does not give much away and, while perfectly comprehensible to those who would have been in charge of it in centuries past, it would likely leave most people wondering at the contents it once contained, and their significance. 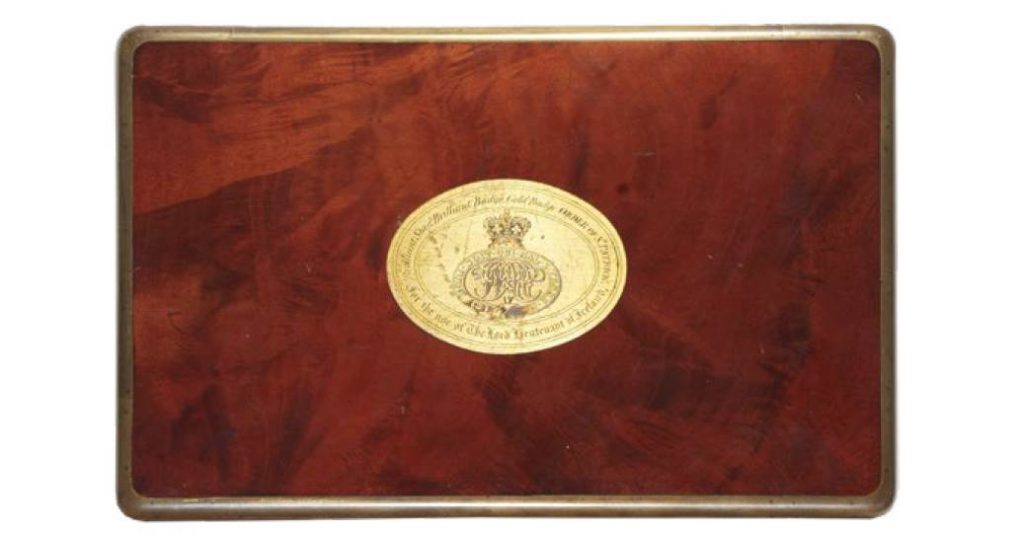 The box was delivered to the Record Tower at Dublin Castle on 15 March 1831. Seventy-six years later, it had been moved to the Castle’s Bedford Tower where it was taken from its usual resting place, opened, and discovered to be empty. And so began a mystery that has haunted the Irish imagination ever since.

It is only really upon opening the box that a better idea of its treasured former contents can be gained. The ghostly outline of the three distinct pieces is immediately apparent and suggestive. The “Brilliant” of the engraved brass plate did not refer to something particularly good (however apt that might have been) but instead the cut diamonds (and their brightness) that embellished two of the three pieces kept within. Collectively, these three pieces were known as the Irish Crown Jewels. 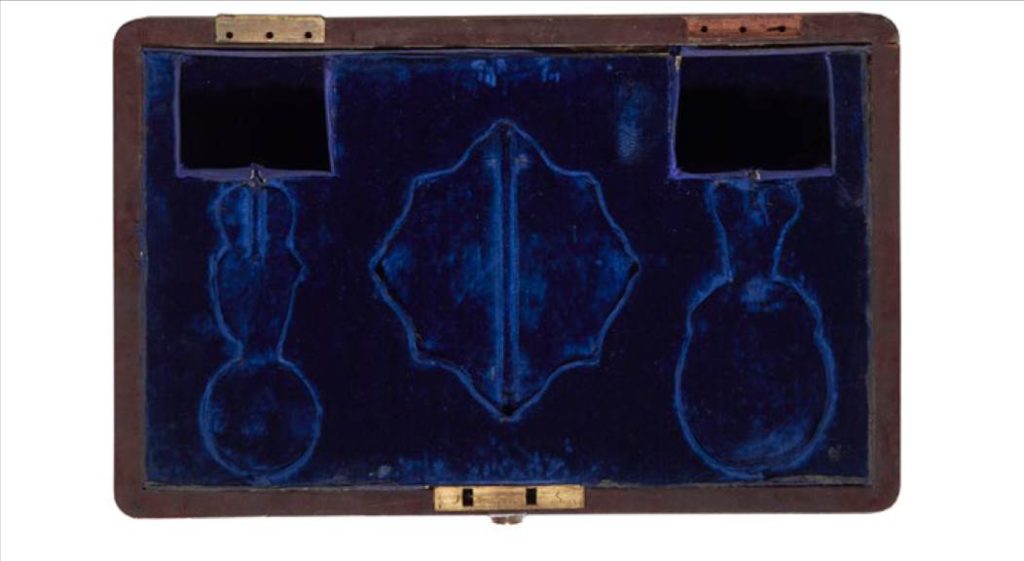 The Jewels had been sent by King William IV to Dublin for the use of his representative in Ireland, the Lord Lieutenant or Viceroy. As they were the property of the Crown, they were referred to as “Crown Jewels”, gaining the prefix of “Irish” to distinguish them from their more ostentatious cousins kept in the Tower of London. The Lord Lieutenant of Ireland was also the Grand Master of the Most Illustrious Order of the Knights of St Patrick, and it was in this capacity that he would have worn the Jewels. 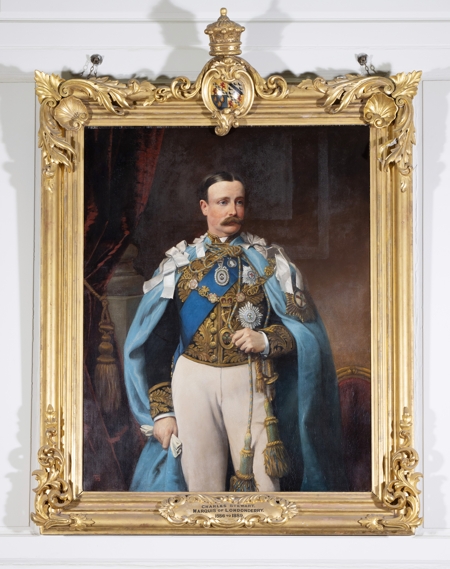 Just days after the Jewels had been discovered missing, on 6 July 1907, posters went up across the city offering a reward for their return. The disappearance became international news and despite a massive hunt at the time, not trace of them has ever been discovered. The mystery that surrounds them will likely never be fully resolved. Television documentaries, several books and numerous articles have been written on the subject, leaving a plethora of possible theories and numerous possible suspects (which I hope to examine in future posts). 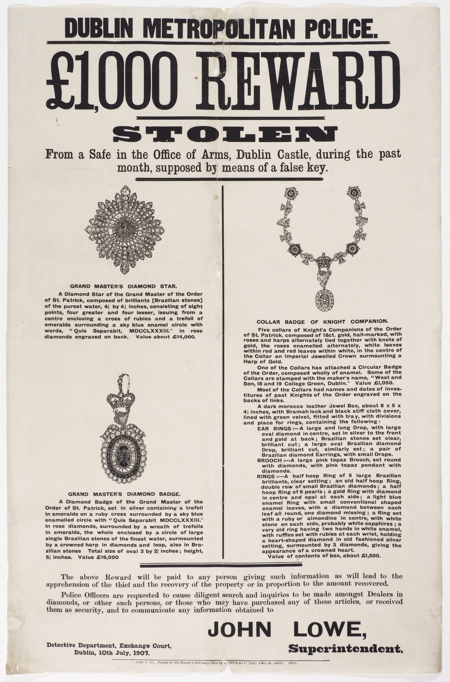 The items illustrating this short blog post are today on display in the State Apartments at Dublin Castle, as part of the exhibition Splendour & Scandal: The Office of Arms at Dublin Castle, which will run until 24 January 2021. The exhibition looks at the history of the Office of Arms, the ancient institution that had responsibility for the care and custody of the Irish Crown Jewels.

The Office of Arms eventually became part of the National Library of Ireland, who have generously loaned the jewel box and reward poster to the exhibition, along with several other items. If you would like to learn more about the Irish Crown Jewels or the Office of Arms, Dublin Castle is happy to be welcoming visitors through its doors again. And, for those unable to visit in person, a version of the exhibition is available to view online here: Exhibitions | Dublin Castle.