100 Years of Women in Politics and Public Life

By Dr Sinéad McCoole, Curator of  ‘100 Years of Women in Politics and Public Life’ 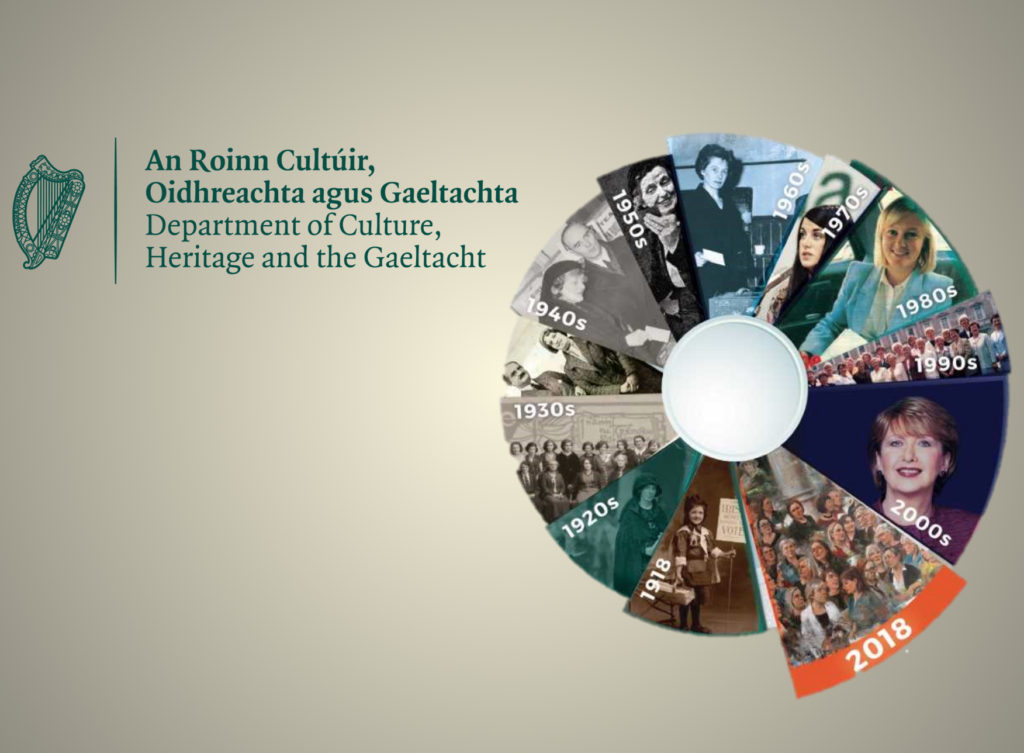 Curated by Dr Sinéad McCoole, the Commemorations Unit shines a light on the major influence that women have had on the formation of modern-day Ireland, acknowledging and raising awareness of their substantial contribution to Irish history in politics and public service. The award winning Women’s Pop Museum has toured venues since 2019 and is currently in the Coach House in Dublin Castle Gardens. Here is a over-view of some of its contents. 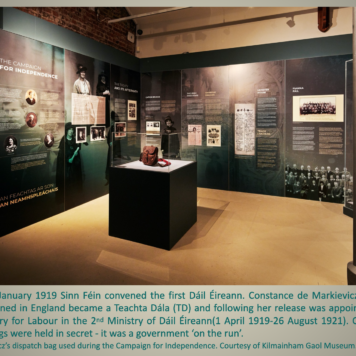 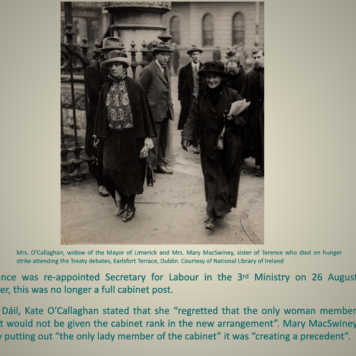 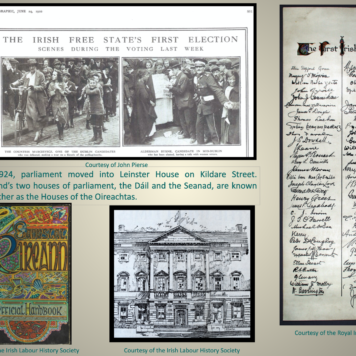 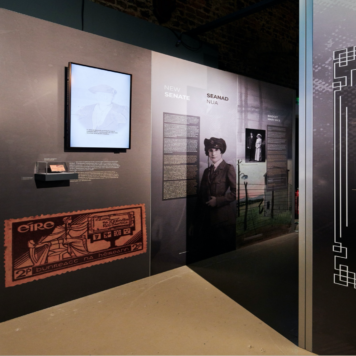 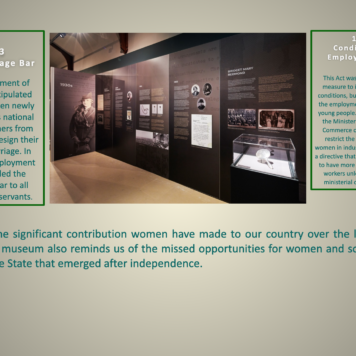 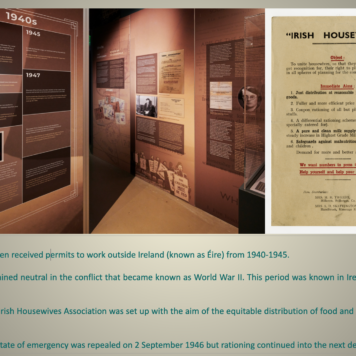 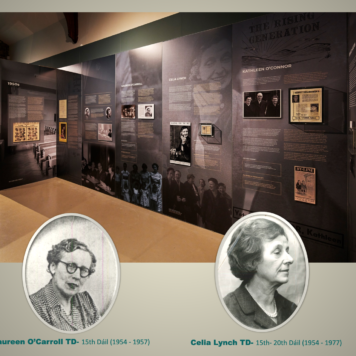 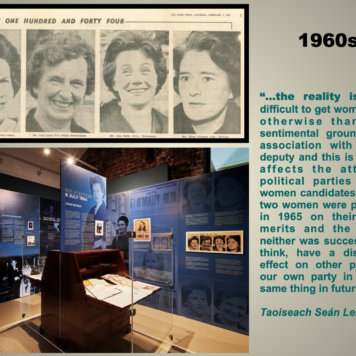 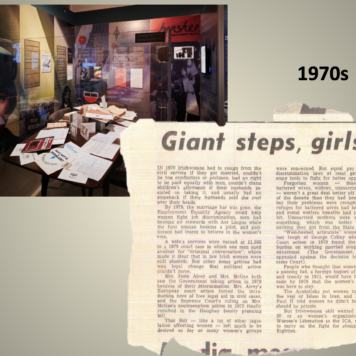 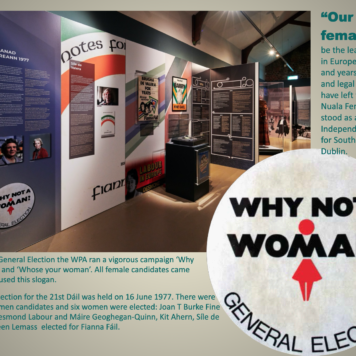 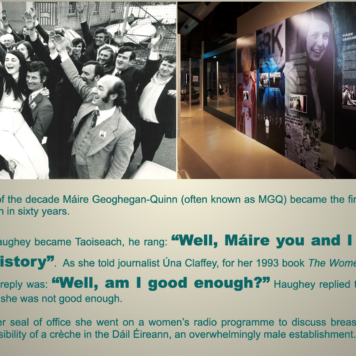 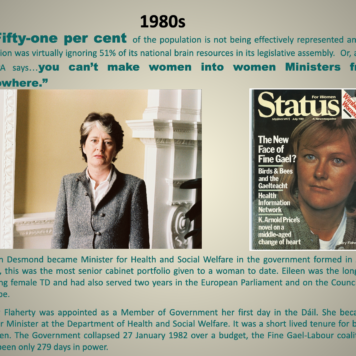 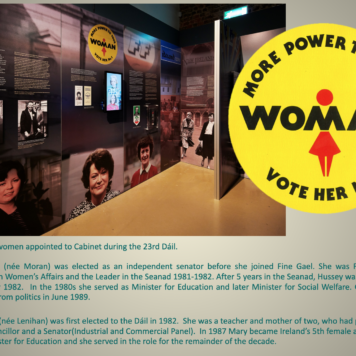 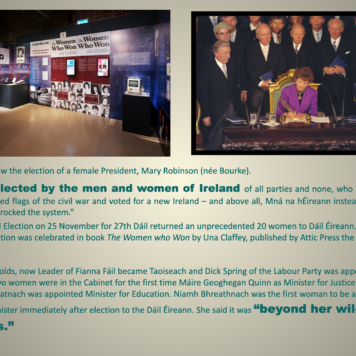 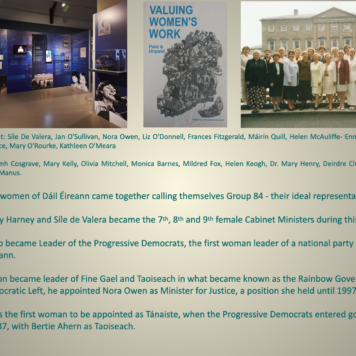 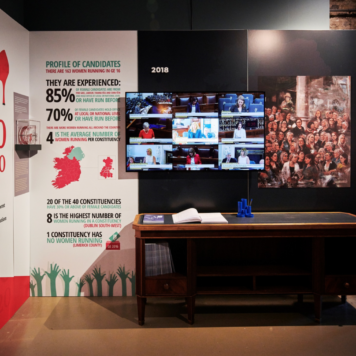 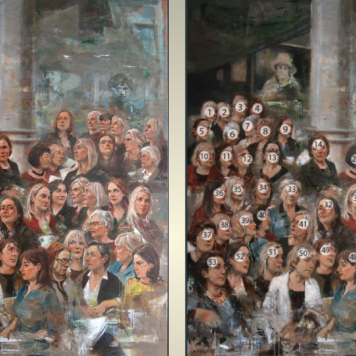 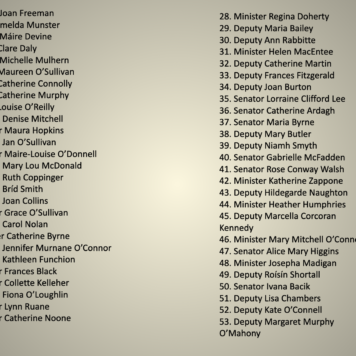 The ‘pop-up’ is a useful and timely reminder of the work that remains to be done to provide equal opportunities for all and to ensure that women continue to participate in and influence decision-making at the highest levels. The Government of Ireland has committed to specifically empowering women by building on the legislation to encourage increased female participation in politics. The National Strategy for Women and Girls 2017-2020: Creating a Better Society for All is further promoting women’s participation in decision-making at the highest levels. The ‘pop-up’ and its associated research plays a role in highlighting, supporting and informing these efforts through the space it has created for greater discussion, debate and analysis.

This form of public discourse is essential in any honest exploration of our history and contemporary society. It demonstrates the powerful intersections between history and citizenship. Women in Ireland continue to make huge contributions to public service, within their communities and in high public office. The pop-up and the wider Decade of Centenaries initiative have helped to nurture, support, and inform the national conversation that has taken place over recent years about equality, mutual respect, and the vital importance of women’s participation in public service and political life.