Prior to the 19th century, the Staircase Hall was the Entrance Hall to the State Apartments, while the present Entrance Hall with its screens of Doric columns, was originally an open vestibule. The central fanlighted doorcase, now of early 19th century appearance, was in the 18th century flanked by two chimney pieces which were later removed. Their positions are now occupied by a pair of Regency console tables by the Dublin firm of Mack, Williams & Gibton. These in turn are surmounted by a pair of early 18th century portraits of Mrs Gore and her daughter Hannah Gore, wife of Nathaniel Clements of Killadoon, Co. Kildare, by the Irish artist Charles Jervas. 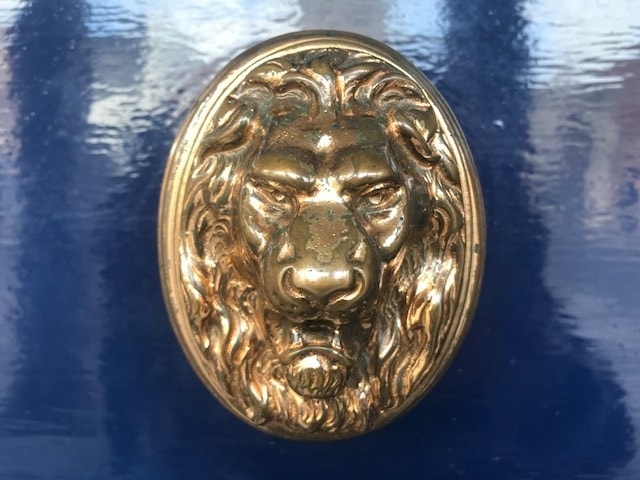 Beyond the screen of Doric columns stands the imperial staircase, the earliest of its kind in Ireland, which was erected during the viceroyalty of Lord Chesterfield in the late 1740s. The staircase, which is cantilevered, was altered by Jacob Owen in the 1830s and the present balustrade, which is attributed to Richard Turner, dates from the 1860s. At the bottom of the stairs can be seen a set of Regency Gothick hall furniture by Mack, Williams & Gibton. This suite of furniture was designed for the Entrance Hall of Thomastown Castle, Co. Tipperary, seat of the Matthew family, Earls of Landaff. In 1812 Francis Matthew, 2nd Earl of Landaff, commissioned the Cork architect Richard Morrison to transform his house into a castle. This suite of furniture, which is decorated with the family arms, was designed to harmonise with the Gothick decor of the interior. In the late 19th century Thomastown Castle was acquired by the Daly family of Dunsandle, Co Galway, who later removed this suite of furniture to Dunsandle, from whence it was sold prior to the demolition of the house in the 1950s. 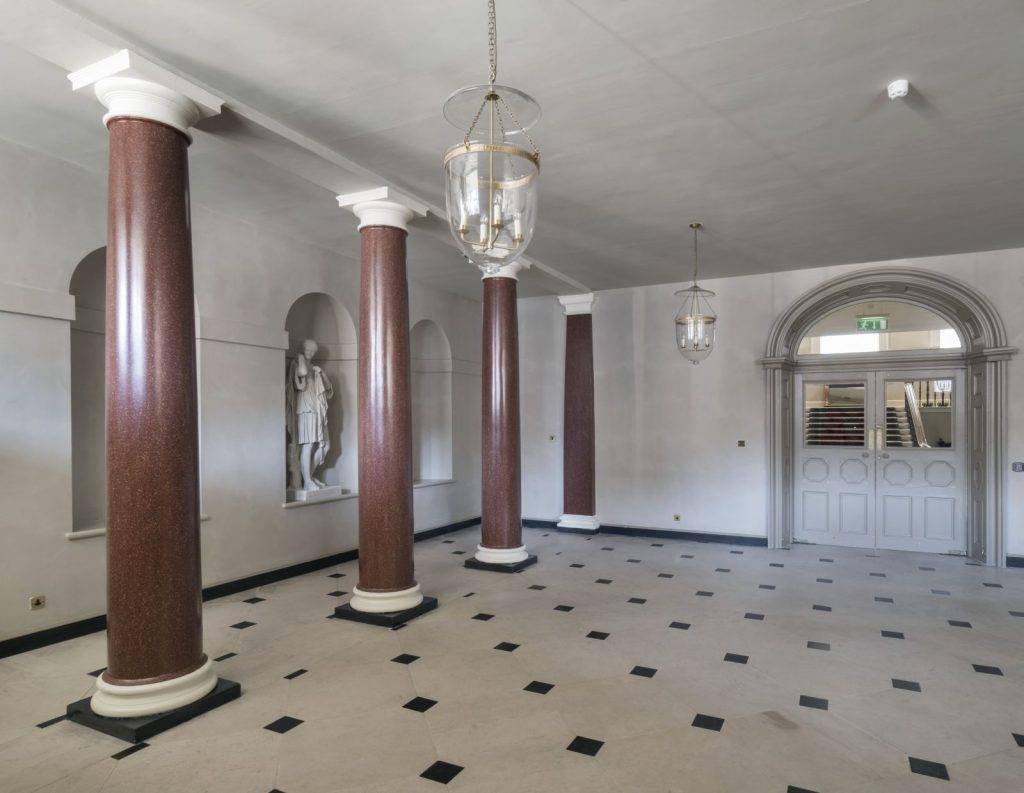 The hall is lit by three large windows on the half landing, which are magnificently draped with a new set of curtains after Early Victorian designs. The staircase is lit, not by a chandelier, but by a recently made large brass lantern hung from the centre of the ceiling. Glazed lanterns were preferred for halls and staircases, as they afforded some protection to the naked flame, which might have otherwise been extinguished by drafts. 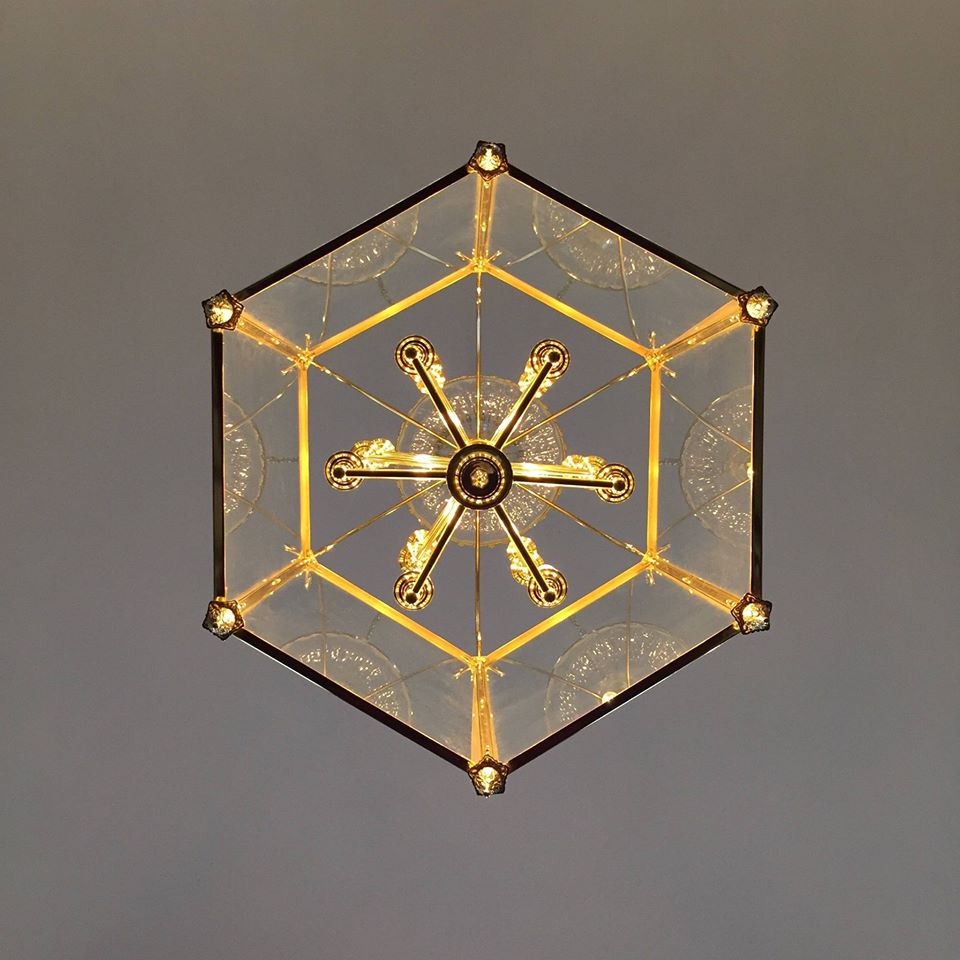 The first floor landing is commonly referred to as the Battle-Axe Landing. It owes its name to the Battle-Axe Guards, the Viceroy’s personal guard, which was abolished in the 1830s. The central fanlighted doorcase on the landing originally led into the Battle-Axe guardroom that guarded the approach to the old Throne Room, which no longer exists. When the old guardroom, known as the Battle-Axe Hall, was converted into a new Throne Room in the late 1780s the doorcase was blocked up and converted into a fireplace. This was reopened by the Office of Public Works in 1959 and the harp, the emblem of the Republic of Ireland, was inserted into the fanlight above. The visitor has now reached the Piano Nobile, the principal floor containing the State Apartments and can circulate in either direction.