The Destruction of the Public Record Office, 1922 – a view from Dublin Castle 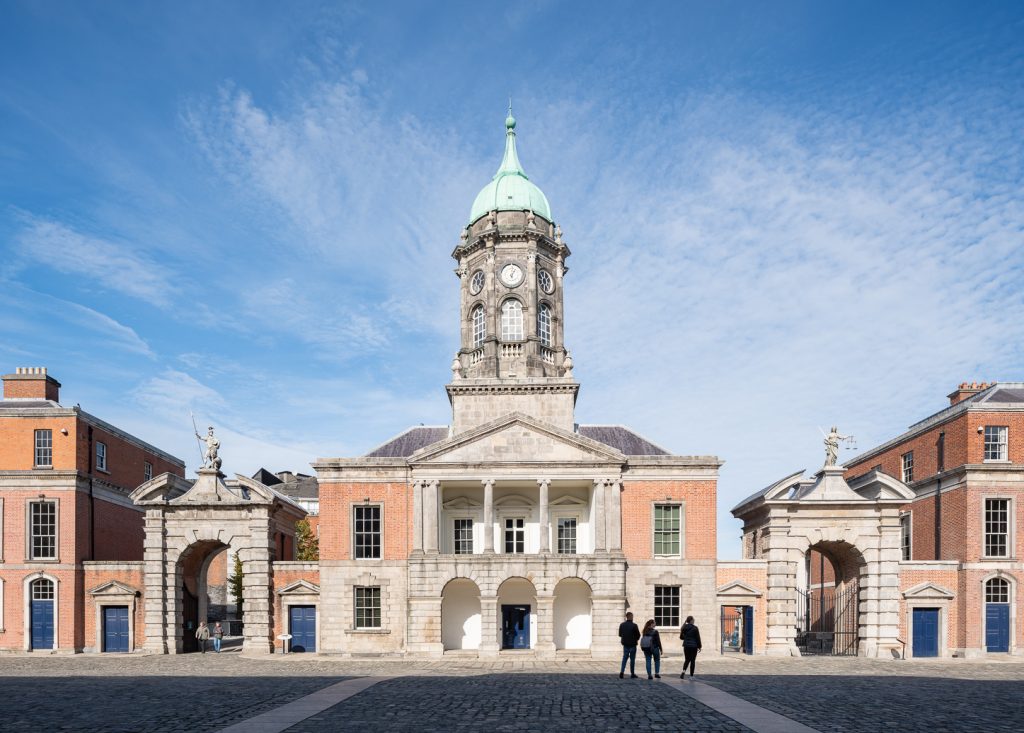 The Bedford Tower dominates the Upper Castle Yard of Dublin Castle and in 1922 it was home to the Office of Ulster King of Arms, the heraldic authority of all Ireland. The Office comprised myriad functions connected to genealogy, heraldry, pomp and circumstance, and was home to an impressive library of books and manuscripts connected to that work. The head of the Office, the Ulster King of Arms, was largely absent and the daily functions of the Office were carried out by his deputy, Thomas Ulick Sadleir.

Commuting to the Castle every day, and writing regularly to “Ulster” in London, Thomas Sadleir has left us a surprising insight into Dublin on the eve of civil war. The Four Courts had been occupied by those “irregular” forces opposed to Ireland’s treaty with Britain on 14 April. While open warfare didn’t break out at that point, the atmosphere was tense and skirmishes broke out sporadically. On 24 May he wrote “We had a renewal of heavy firing last night […] caused by machine guns”.

The standoff between the Irregular forces, in possession of the Four Courts complex, and the forces of the Free State government eventually climaxed in the bombardment of that collection of buildings on 28 June, an event again recorded by Sadleir from his location in the Bedford Tower:

A battle is raging here since 3.A.M., the din being too awful. It is said that the Four Courts are being attacked. I can see one of the guns operating from the windows, as it is in front of the City Hall. It is a stout, stumpy looking thing, & seems to fire up in the air.

Two days later, the Four Courts capitulated and fighting spread out across the streets of Dublin. Again, Sadleir describes the scene from the Upper Yard in Dublin Castle:

I carried on at the office till 1.30 on Thursday, when the fighting spread all the way up Dame Street, & we were warned by the Provisional Government that we might have to leave at any moment. I therefore closed the Office & at some risk made my way, via Dame Lane & Nassau Street, to Westland Row, where I was able to get a train to Lansdowne Road, as no trams were running. The sound of firing still continues at intervals, but I do not know where it is taking place.

What Sadleir could not have known from his comfortable distance on Lansdowne Road was that the echoes of firing and the large mushroom cloud of smoke that appeared over the Four Courts that afternoon signalled disaster for all those who, like him, cherished the history of Ireland. That cloud of smoke arose not from any legal edifice but from an adjacent building within the complex, which housed centuries of records of Irish history – the Public Record Office. 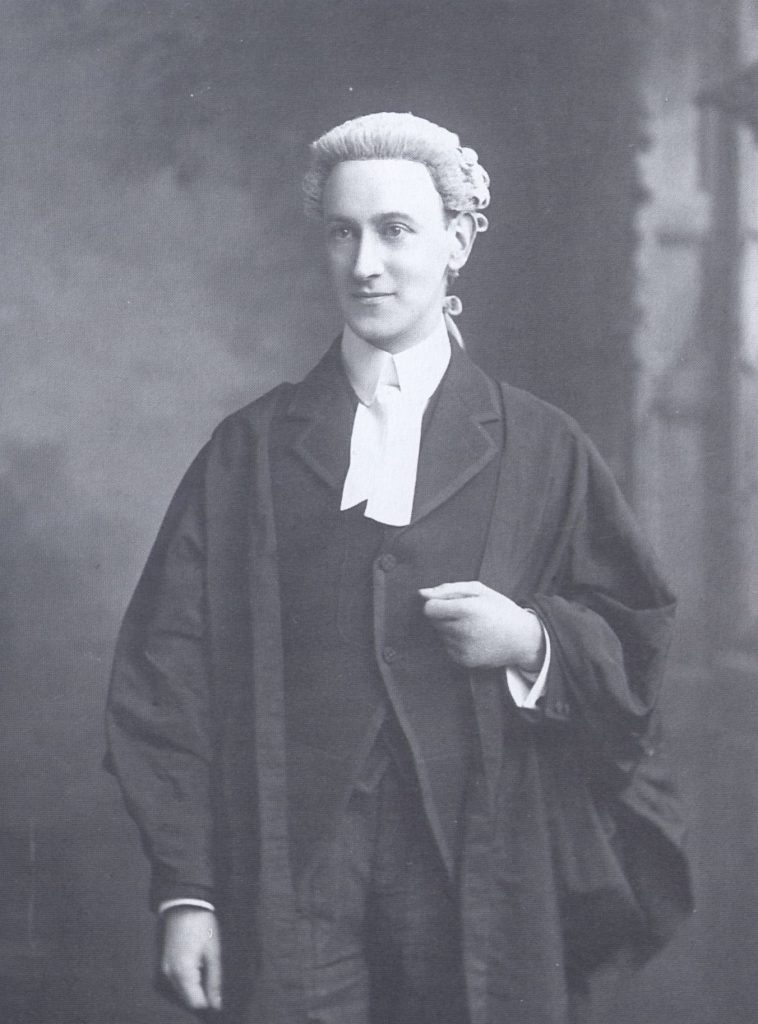 The destruction of the Public Record Office dealt a body blow to Irish History, and the study of that history. The story, however, is not one of complete destruction. Collection and archives not housed in the building now gained a new importance. One such was the collection of the Office of Arms, a substantial part of which consisted of abstracts of prerogative wills made by a previous “Ulster”, Sir William Betham. With the originals now gone, these copies would go on to form the basis for a reconstituted Office of Arms known as the Genealogical Office, housed within the National Library of Ireland, where they are still used today. They only just survived – orders had been given for their removal to the Public Record Office just days before the Four Courts complex had been occupied, in April.

Almost immediately following the bombardment, salvage work began. The massive explosion that had shattered the Public Record Office had scattered a multitude of paper across the city, some carried as far as Howth on the wind. Notices were placed in the newspapers and work began collecting up these dispersed documents, many of which made their way to Dublin Castle, where they were gathered up in the State Paper Office, housed in the Castle’s Record Tower.

In one of the most blindly hopeful aspects of the salvage work undertaken, staff at the Public Record Office gathered up bundles of charred and partially burnt documents, documents that looked beyond all redemption, and quietly packed them away – not knowing if, how or when they might ever be read again.

Quietly, from this meagre basis, work on rebuilding the Public Record Office has continued over the last century, into what is now the National Archives of Ireland. On the centenary of the destruction of the Public Record Office, Dublin Castle is again proud to play a small role on the sidelines of history when it plays host to the launch of the “Virtual Record Treasury” of the Beyond2022 project.

This project builds on the hope of those who scavenged amongst the ruins of the Four Courts one hundred years ago, who retrieved and returned scattered documents from street and garden, and who worked quietly to rebuild a treasury of national memory and history. Led by Trinity College Dublin, and partnering with the National Archives of Ireland, the Public Record Office of Northern Ireland, the National Archives UK and the Irish Manuscripts Commission (amongst many others, across the globe), the project has endeavoured to digitally recreate the lost Public Record Office and its collections. Duplicates and copies have been sourced, scanned and uploaded, a three-dimensional model of the building has been constructed, and as of today members of the public can again browse the treasury of Irish history that once occupied a building behind the Four Courts – all from the comfort of their own digital screen.

The project is one of astounding ambition and humbling achievement, and everybody is invited to explore it for themselves, here: