The Clock Tower Building is located directly behind the State Apartments, it is bounded to the east by the Castle Gardens and to the west by the Ship Street entrance to Dublin Castle. The building was erected in 1820, possibly to the designs of Francis Johnston, to house the Ordnance Office of the Royal Engineers, who used it to store munitions for the regiments housed within Dublin Castle. It is a three story U-shaped building of grey limestone and brick, with dressings of Wicklow granite. The side elevation, which faces east towards the garden is ten bays long and incorporates an earlier two story structure. The entrance front which faces north towards the State Apartments is seven bays wide and three stories high. Its only distinguishing feature is a fine doorcase of Portland stone flanked by engaged Doric columns which support an entablature of the same order. The entrance front is surmounted by cornice of Wicklow granite and a handsome white painted clock tower topped with a copper ogee dome. 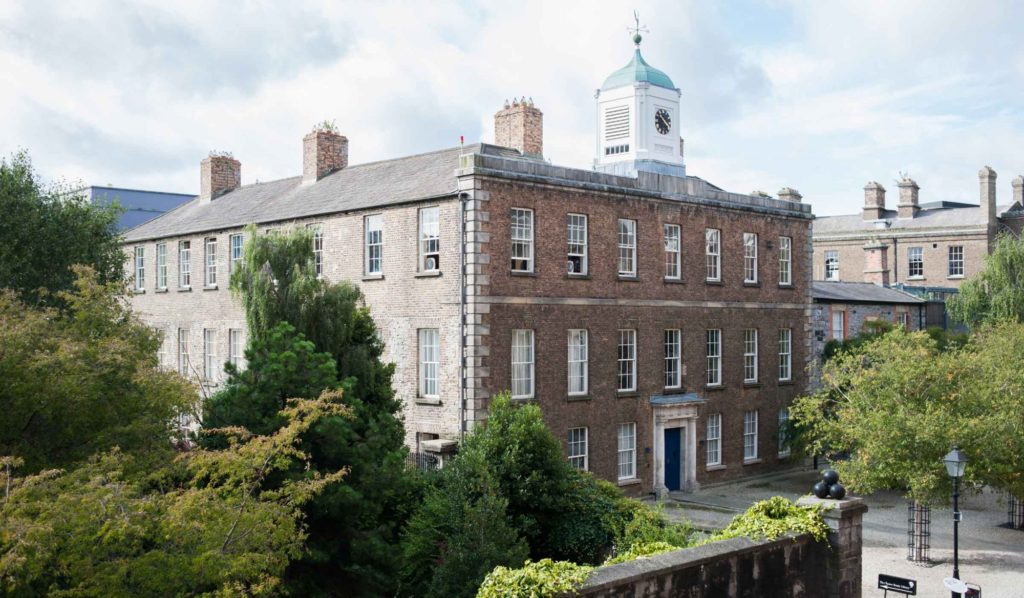 When the building was restored and extended in 1995 to serve as the new home of the Chester Beatty Library of Oriental Art it was decided to reinstate the original weather vane. The usual cockerel, which serves as an arrow on most weather vanes, was missing and a replacement was commissioned from the sculptor Rachel Joynt. The old cockerel was replaced by a new peacock, an exotic motif frequently found in Oriental Art. The peacock theme was continued indoors where the Office of Public Works architect, Angela Rolfe, had glazed in the inner courtyard to create a new concourse. In 1995 the sculptor Rachel Joynt was once more commissioned to create a new artwork for the concourse. This took the form of a mosaic pool decorated with a giant peacock’s feather composed of glass and Venetian enamels. The mosaic pool, which measures 633x133cm, is set into the slate floor of the museum concourse. 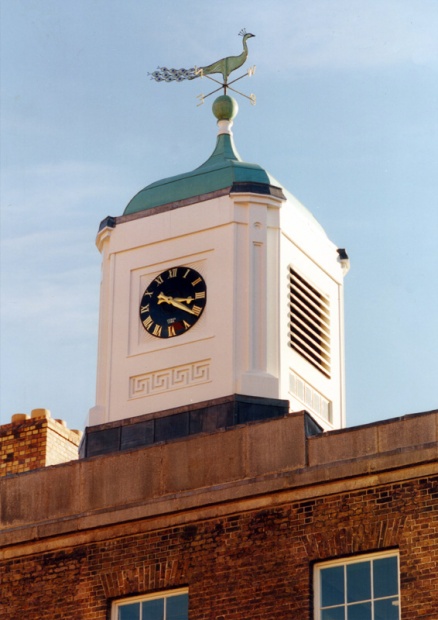 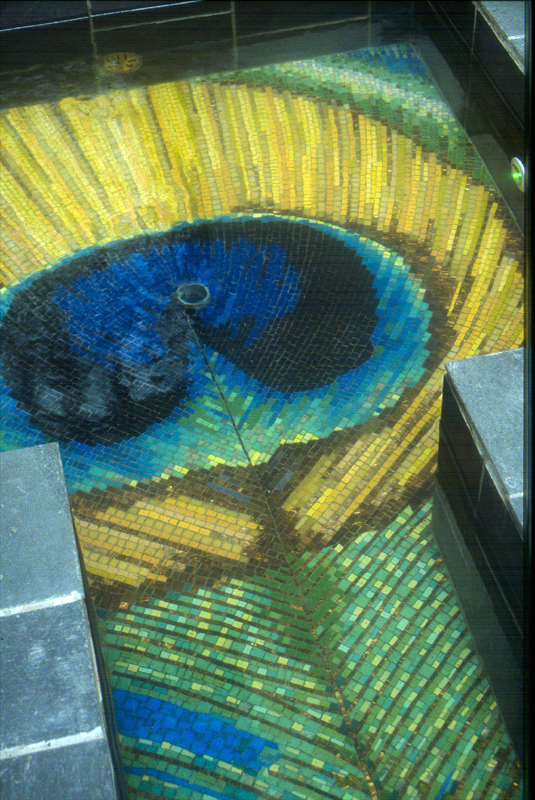 The State Stables, or Coach House.

The State Stables, now known as the Coach House Gallery, is located on the south side of Dublin Castle Garden. It is the only surviving example of the once extensive stables which existed within the precincts of Dublin Castle. In the early 19th century the Office of Public Works architects, Francis Johnston and William Murray, drew up proposals to erect a decorative screen wall to conceal the backs of the houses on Stephen’s Street. Nothing came of these proposals. Following the appointment of the Welsh architect Jacob Owen in 1832 proposals were drawn up for a new stable block which was to be concealed behind a rather severe, but picturesque, Gothic, castellated, Calp limestone façade. The building, though functional, failed in its primary purpose to conceal the backs of the houses in Stephen’s Street, as seen from the first floor windows of the State Apartments across the garden. A row of trees, judiciously planted, might have been a cheaper and more effective solution. 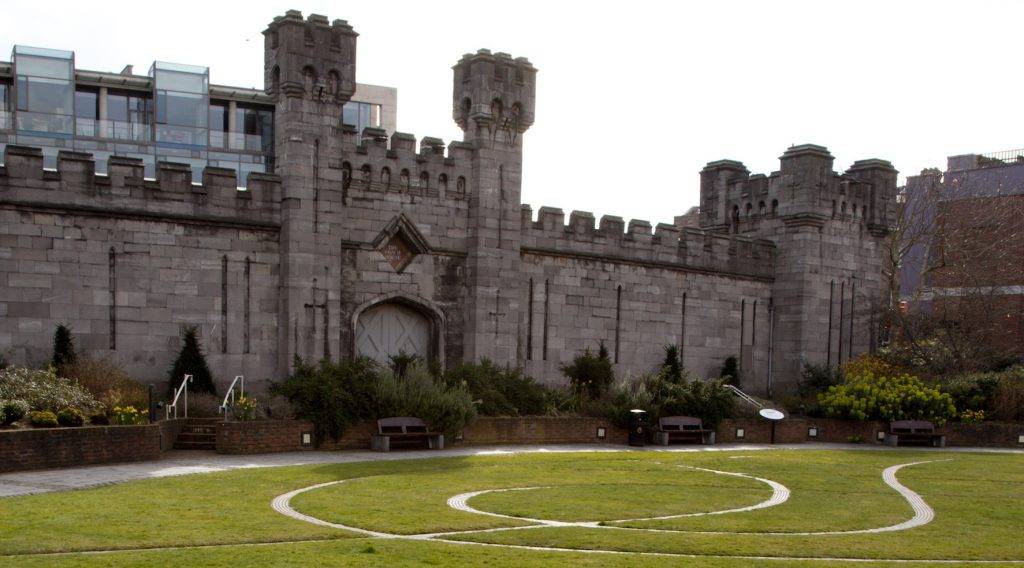 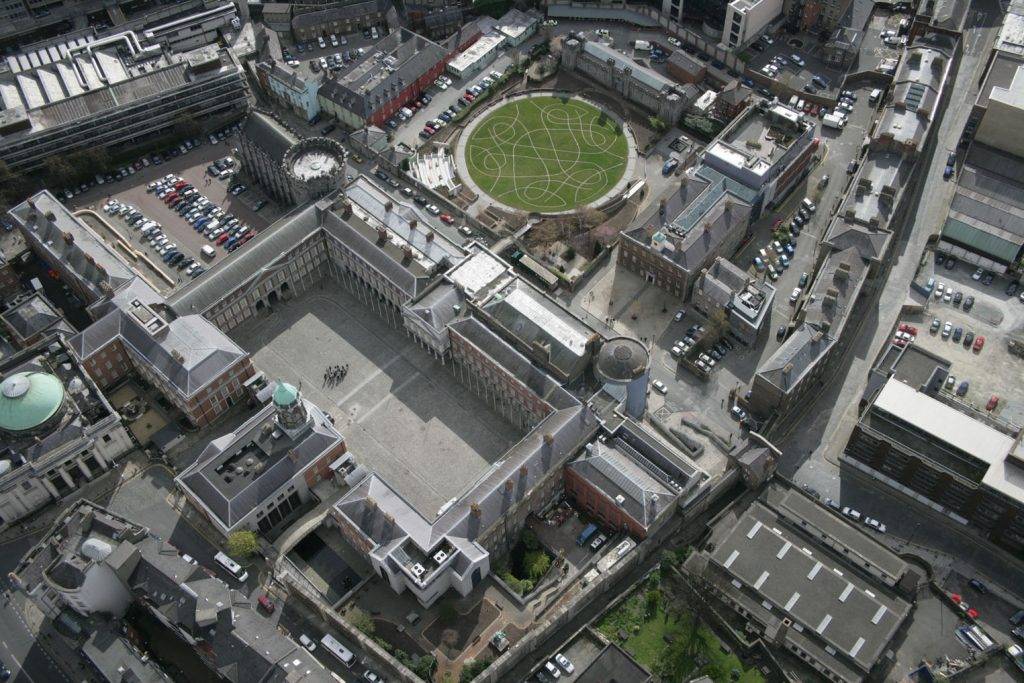