Isolated on the Western fringes of Europe it took time for the influence of early 20th century European developments in art to reach these shores. This exhibition explores the development of modernism in Ireland beginning in 1920, a period of political turmoil in this country and ends in the modern Ireland of 1960. It contrasts the traditional ‘Irish School of painting’ of the Royal Hibernian Academy (RHA) favoured by de Valera and the new Irish Government versus the European influenced art that was being championed, mainly by women artists such as Mainie Jellett, Evie Hone and Norah McGuinness through the Society of Dublin Painters and the Irish Exhibitions of Living Art (IELA).

This exhibition gives the public a unique opportunity to view paintings and sculptures that have been drawn exclusively from private Irish collections and thus not normally accessible to the public. Works such as Jack B. Yeats ‘We are leaving now’ (1928) is being exhibited in Dublin for the first time in over 50 years. 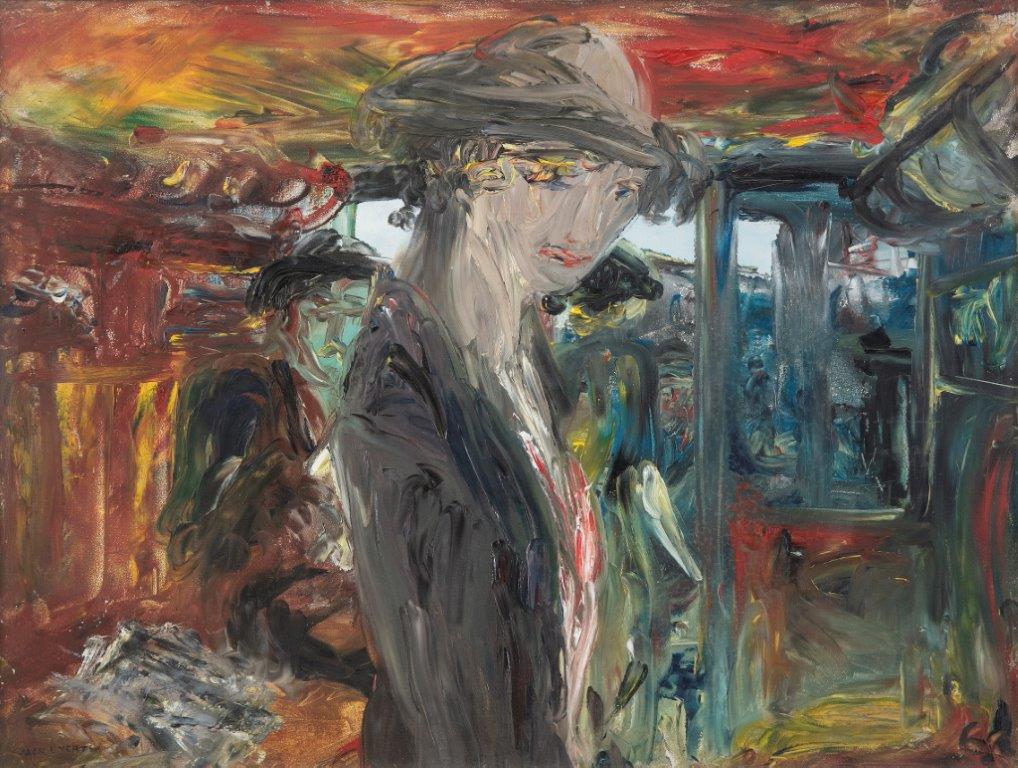 Before one gets distracted by the paintings in the exhibition we recommend, on entering the first room, the ‘Minerva room’, that you look up to admire the fine plasterwork ceiling by the stuccodore Bartholomew Cramillion done for Mespil House c1758. It appropriately depicts Minerva introducing the arts to Ireland. The ceiling was saved when Mespil House was demolished in the 1950’s and moved to Dublin Castle. From 1911 until her death in 1943 Mespil House was the home of the painter Sarah Purser who hosted her famous ‘first Tuesdays’ the most notable ‘Salon’ in Dublin where writers, politicians and artists of every shade of opinion met to discuss the affairs of the day on the 2nd Tuesday of every month. Many of the artists now hanging in this room would have attended these ‘Salons’ and would most likely have seen this ceiling at Mespil House.

The exhibition opens with a group of paintings showing the influence of France in the development of Irish art. Roderic O’Conor is considered the only true Irish Impressionist arriving in Paris in 1886, he became a close friend of the painter Paul Gauguin amongst other French impressionists. Mary Swanzy, studied and exhibited at the ‘Salon des Indépendants’ in Paris as early as 1914. She was a founder member of the Society of Dublin Painters in 1920 along with Jack B. Yeats, Paul and Grace Henry and Letitia Hamilton. 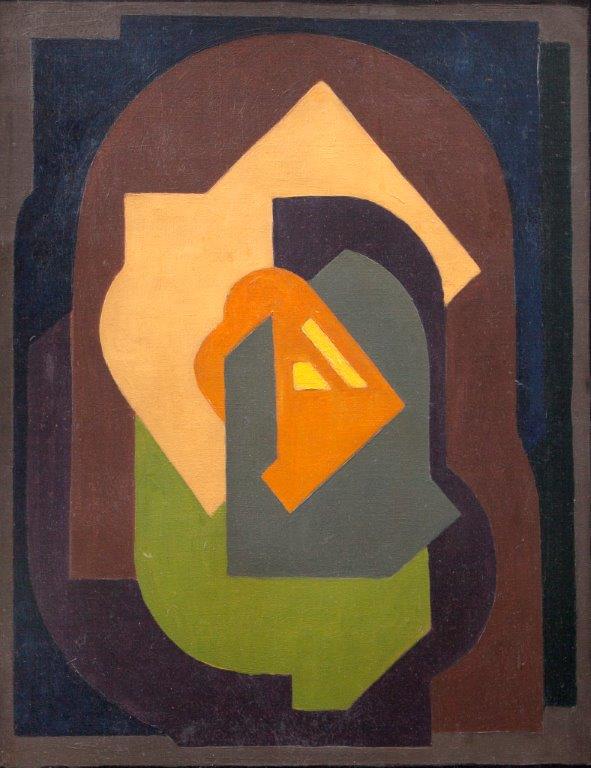 When Mainie Jellett first exhibited her pure abstract work in 1923 in a group exhibition at the Dublin Painters Gallery it resulted in a hostile review by the artist/poet George (AE) Russell which caused much public debate in the letter pages of the national newspapers. Jellett in particular became an enthusiastic champion of modernism in Ireland and she encouraged and supported many emerging artists through her writing, lectures and her involvement with the Society of Dublin Painters and being a founding member of the IELA in 1943.

With the formation of The Free State in 1922 there was a desire to shape a new national identity to distinguish Ireland from Great Britain which in art terms meant looking inwards and to the past. The government and the newly emergent Catholic middle-classes were nationalistic but also very conservative culturally and thus they favoured social realist works of cottages in the west of Ireland or works depicting Irish peasants at work. These works were the main staple of the annual, male dominated, Royal Hibernian Academy exhibitions in this period. 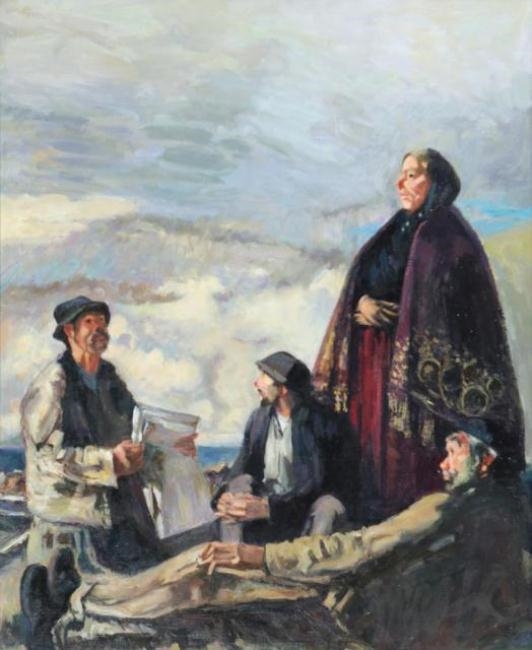 Some of the RHA members who had studied abroad such as Paul Henry and Charles Lamb were involved in the early days of the Society of Dublin Painters but by the late 1920’s this Society became dominated by women artists, many of whom had an Anglo-Irish background and their exhibitions became synonymous with the best of avant-garde painting in Ireland. Their dominance remained until the early 1940’s and the arrival of The White Stag Group and the formation of the IELA in 1943. 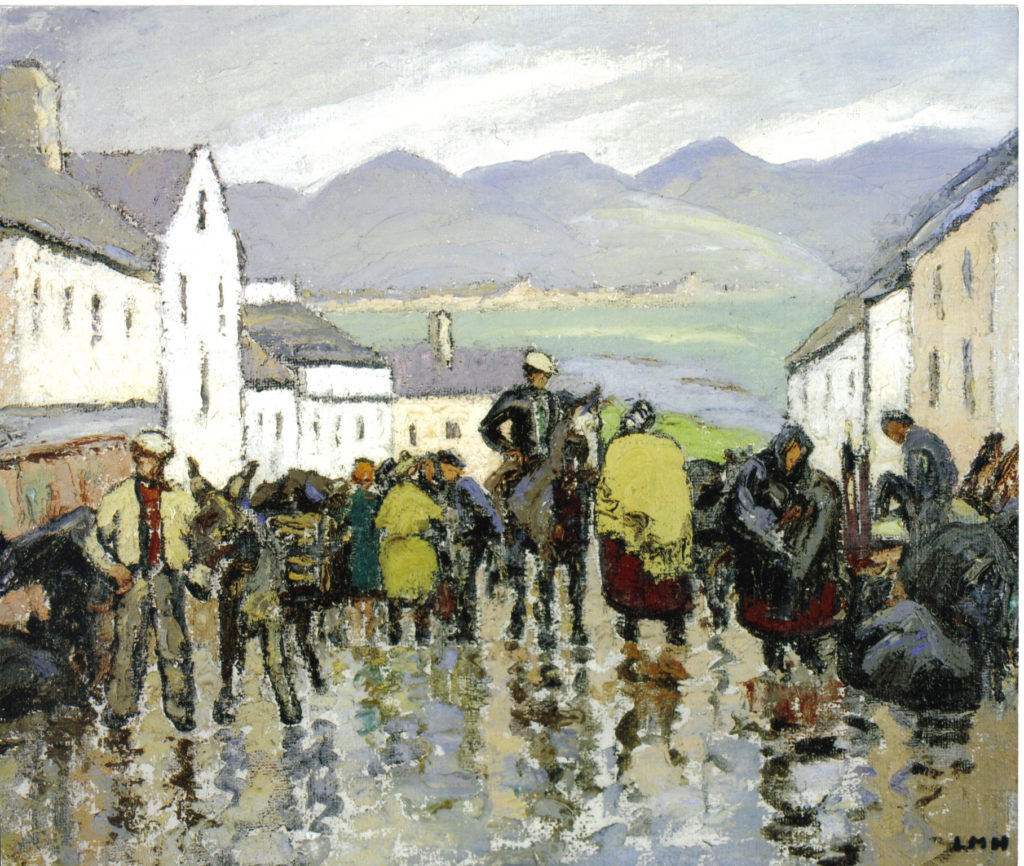 The main exponents of surrealism in Irish art were Colin Middleton whose ‘The Bride’ executed in 1938 is a good example of this genre and Nevill Johnson’s apocalyptic post -war vision in ‘Year of Grace’ (1945). The 1940’s saw the arrival of Basil Rákóczi and Kenneth Hall in Dublin where they formed, along with various other foreign artists escaping the war, the ‘White Stag Group’ which flourished between 1940 – 1945. They had a non-academic approach to painting with dynamic new ideas that influenced a generation of young Irish artists, such as Patrick Scott, Thurloe Conolly and Gerard Dillon.

In 1943 Mainie Jellett was instrumental along with Louis le Brocquy, Norah McGuinness, Jack Hanlon and others in organizing the first IELA exhibition which was established as a counterpoint to the perceived conservatism and stagnation of the RHA. By the end of the 1940’s the IELA became dominated by a group of artists from Northern Ireland which included Daniel O’Neill, Gerard Dillon, George Campbell and Colin Middleton who exhibited both here in Dublin and abroad to critical acclaim.

Although born in Scotland William Scott grew up in Enniskillen in Northern Ireland getting his first art lessons from local teacher Kathleen Bridle followed by study at the Belfast College of Art. He became one of the most international of all post-war Irish artists and is represented here by an important early work ‘Lemon and Funnel’ (1949). 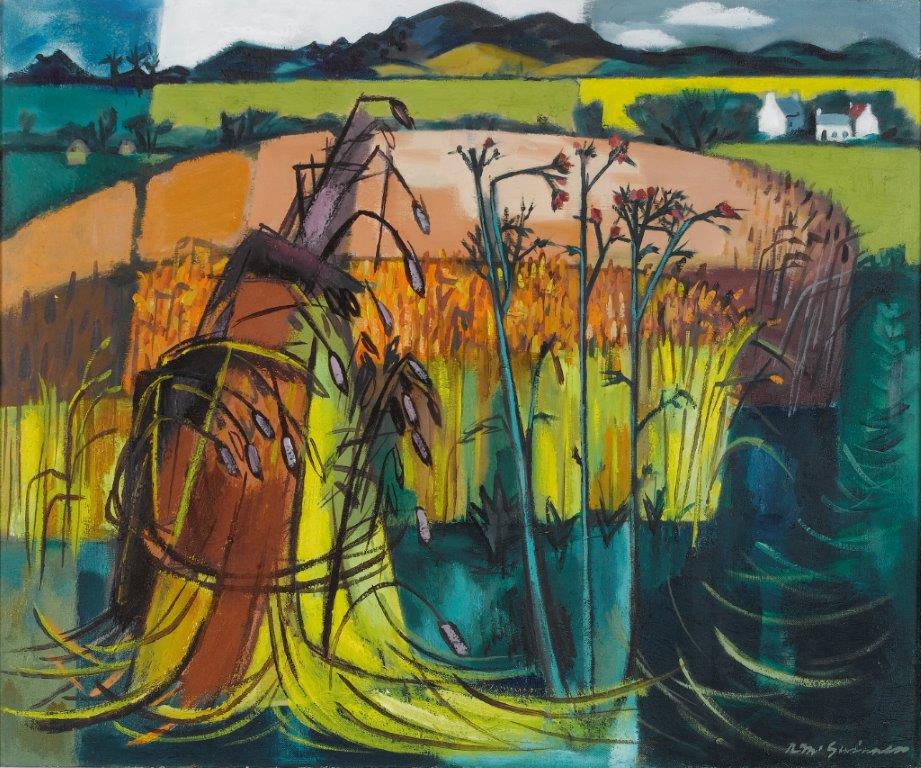 Norah McGuinness was involved in all aspects of Irish art in the period, 1920 until her death in 1980, encouraging many young Irish artists. She, along with Nano Reid represented Ireland at the Venice Biennale 1950, which was the first time the country had exhibited and it is interesting that the committee choose two female modernist Irish artists to represent the new Irish Republic (1948) on this world stage. Nano Reid had developed her own very individualistic style much influenced by the ancient monuments along the Boyne valley near her home town of Drogheda.