As darkness fell over Dublin on 17 March 1789, the inhabitants of the city were getting ready for a spectacle. According to reports, it would be a night they would never forget. The mastermind behind this display was the Viceroy of Ireland, George, 1st Marquess of Buckingham. The occasion was St Patrick’s Day, and the setting was Dublin Castle. 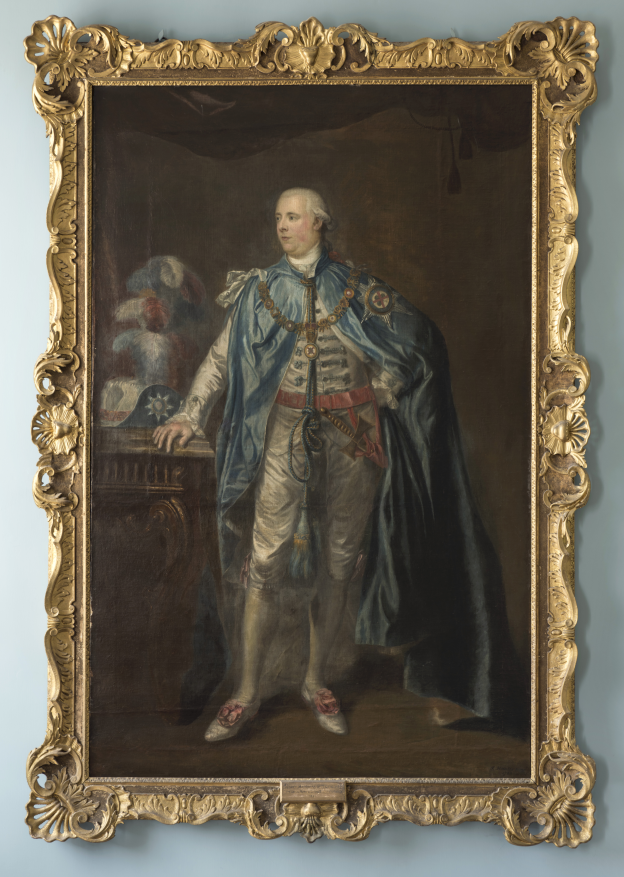 George, 1st Marquess of Buckingham in his robes as first Grand Master of the Order of St Patrick, by Robert Hunter, 1783. Courtesy of St Patrick’s Cathedral, Dublin.

For the Marquess of Buckingham, the stakes could scarcely have been higher in March 1789, as he set about making the arrangements for an unforgettable St Patrick’s Day in Dublin. Just three weeks earlier, he had been at the centre of one of the most spectacular political rows in eighteenth-century Ireland. Due to the ongoing mental illness or so-called ‘madness’ of King George III, the Irish Parliament had resolved to invite the King’s son, the Prince of Wales, to assume power in place of his ill father. On Thursday 19 February, members of both houses of the Irish Parliament had processed to Dublin Castle to deliver their request to the Viceroy, for transmission to London. Faced with this delegation, Buckingham had made a fatal move. Backing the sick King, he had refused to transmit the Parliament’s request, stating that he did not consider himself ‘warranted’ to do so. A political crisis followed. Within hours, there was talk of Buckingham’s impeachment. According to The Dublin Evening Post, ‘a more daring measure’ had seldom been attempted by any Viceroy in Irish history, than Buckingham’s bid to ‘wantonly’ and ‘weakly’ block the sovereign Parliament of Ireland in this way. Within days, there were calls for his dismissal.

Brazenly, Buckingham held on until a reprieve came in the form of the King’s recovery in early March. By now, his public reputation was in tatters. What was needed was a display every bit as spectacular as the row that had put his position on the line. The imminent approach of St Patrick’s Day provided the perfect opportunity.

During his first term as Viceroy of Ireland a few years earlier, Buckingham had presided over the foundation of the Order of St Patrick, a new Irish order of chivalry designed to reward the loyalty of Irish peers. On St Patrick’s Day 1783, he had sat down to entertain his brand new order of knights at their first banquet in St Patrick’s Hall at Dublin Castle. According to original inventories of the Castle from this time, Buckingham’s kitchens were well stocked. On their shelves were delicacies such as parmesan cheese, quinces, French truffles, walnuts and cherries. Paired with some 238 bottles of sherry and 150 bottles of champagne in the Castle’s cellar, these delights must have made St Patrick’s Day 1783 especially memorable. So proud was Buckingham of this banquet that he later commissioned a commemorative painting of the event from the English artist John Keyse Sherwin. Now, on St Patrick’s Day 1789, Buckingham was hoping to emulate the success of 1783 in a bid to save both his reputation and his career. A telling letter to his brother reveals his anxiety at this time:

I am anxious, for many reasons, to establish the reputation of the three most splendid entertainments, which I shall have given this winter. 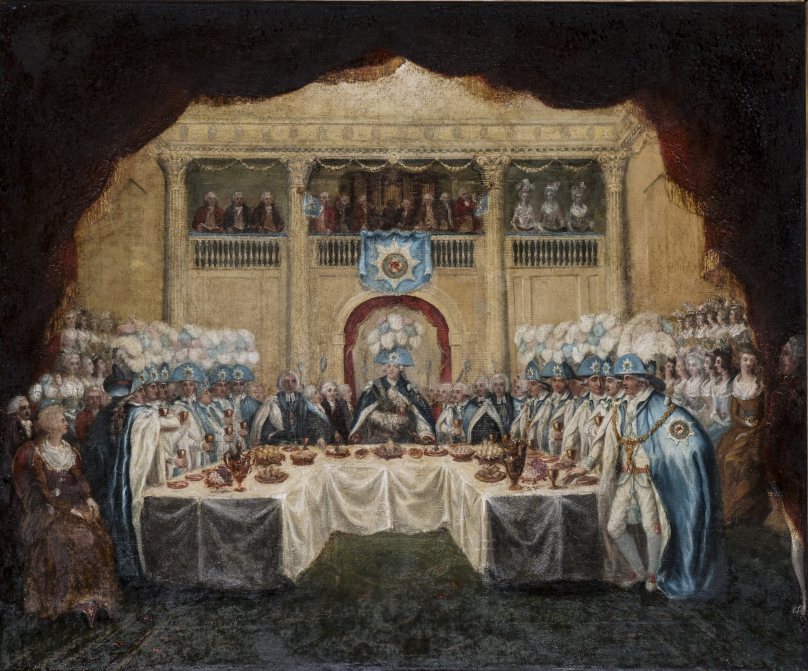 The Installation Banquet of the Knights of St Patrick in St Patrick’s Hall, Dublin Castle in March 1783, by John Keyse Sherwin, 1785. © National Gallery of Ireland.

Buckingham’s St Patrick’s Day celebrations of 1789 began with a bang. Assembled around St Stephen’s Green, crowds of people prepared themselves for a major public fireworks display. The sense of anticipation was palpable:

This motion electrified the town and the myriads that poured from every quarter to Stephen’s-green, were incredible – every approach, every avenue, nay, every inch of ground in that extensive square, was covered by living crowds before eight o’clock.

With Buckingham, the spectators and the newspaper correspondents in place, and the royal salute over, the city held its breath. What followed was, according to The Dublin Evening Post, ‘as destitute of taste in the design, as splendour in the execution.’ Mindful of the hype that had preceded the event and of the extent to which Buckingham’s popularity depended on it, the newspaper was scathing in its criticism. ‘Never perhaps’, it declared, ‘was public curiosity more highly excited – never was Disappointment more universal – never was disgust more general.’ Recognising the display as ‘an effort’ by Buckingham ‘to remove an expiring popularity’, the Post summarily dismissed the whole event as ‘mean and disgusting’. In its final line, it delivered a chilly warning for the evening that lay ahead at Dublin Castle:

If the Marquis’s fancy ball this night is not more splendid than his fireworks, alas, poor Buckingham! 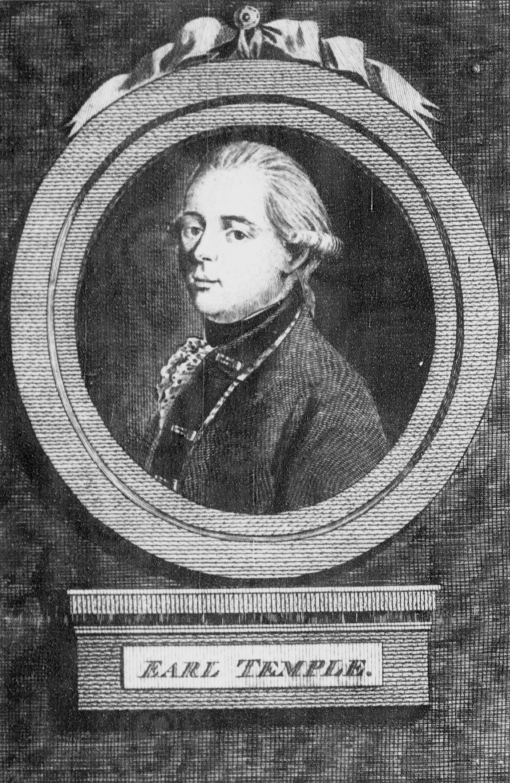 Over at Dublin Castle, the ‘fancy ball’ was about to begin, with the first guests arriving at nine o’clock. St Patrick’s Hall was the setting for country dances while the Throne Room was appropriated for French dances. At 11 o’clock, dancing commenced and continued apace until a grand supper was served across eight rooms in the State Apartments in the early hours of the morning. In the days that followed, the Dublin newspapers were divided on the success of the evening. The Dublin Journal was fulsome in its praise:

The concourse of the nobility and gentry was numerous beyond example. The ornaments and decorations, both without and within, were superb, and the stile well fancied and commensurate to the occasion. The supper, which was displayed in eight apartments, was sumptuous to a degree … The table in the grand Supper Room, was superbly decorated with triumphal arches, illuminated, a figure of Hibernia, surrounded with Cupids, supporting transparent medallions …

Maintaining its unforgiving stance, The Dublin Evening Post was brutal:

The supper was neither eminently remarkable for elegance nor plenty: shew seemed principally aimed at, but the aim was abortive, for elegant magnificence was far absent. The dessert was barely passable … The company amounted to near 800; but, as all the Opposition and their families seemed to make it a point to absent themselves, it wanted many of the principal ornaments of rank, fashion, and splendour, of which this country can boast … The great staircase had a transparency of the King (a vile daub) …

In the final analysis, Buckingham’s St Patrick’s Day efforts of 1789 were probably too little, too late, for a Viceroy whose reputation with the Irish Parliament and people had been damaged beyond repair. To make matters worse, the newly recovered King was ‘adamant in his refusal of a dukedom’, which Buckingham had been seeking as a reward for his battles on the King’s behalf in Ireland. Following King George III’s final descent into a total mental collapse later in life, the old King is reputed to have said in the course of his ramblings, ‘I hate nobody, why should anybody hate me?’, before pausing and adding, ‘I beg pardon, I do hate the marquess of Buckingham’.

Humiliated by the press, Buckingham was crestfallen, describing himself as ‘the most disgraced public man’. Faced with an unforgiving Irish public and an indifferent monarch, he suffered what can now be understood as an acute mental breakdown and resigned as Viceroy of Ireland. Buckingham left Dublin Castle in October 1789. He would never hold high political office again. 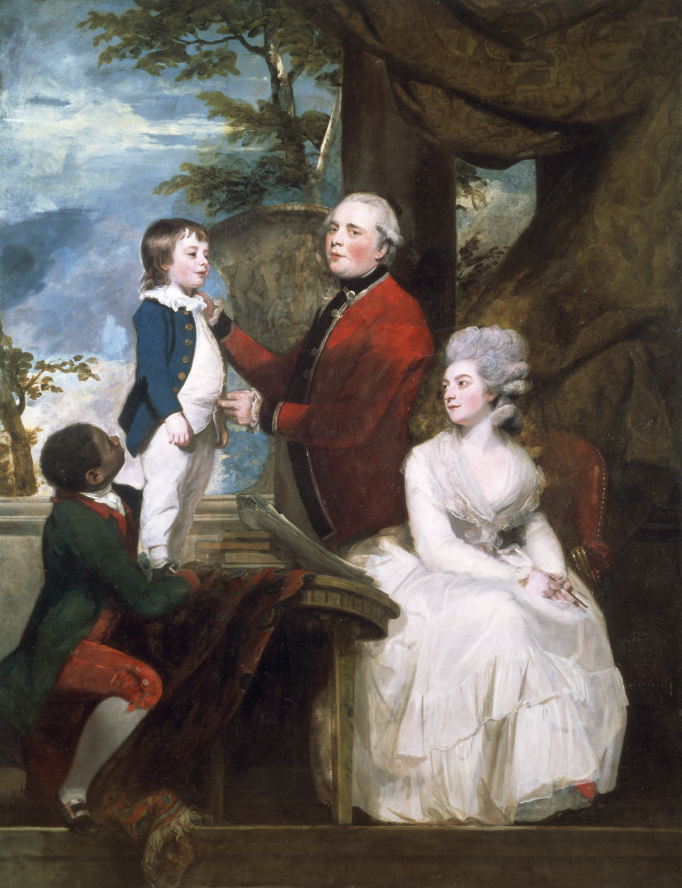 Rarely has the celebration of St Patrick’s Day at Dublin Castle been subject to such intense scrutiny and severe criticism as it was in March 1789. Rarely too, has there been a Viceroy whose political record has been so synonymous with the obstruction of the democratic process in Georgian Ireland. But perhaps more rarely still has there been a Viceroy who left behind such a rich cultural legacy at Dublin Castle, as the Marquess of Buckingham. For many, the great glory of the State Apartments is the magnificent painted ceiling of St Patrick’s Hall. Along with the nearby Throne Room, this ceiling was commissioned by Buckingham in September 1788, and was paid for personally out of his own pocket. It remains today as the most important painted ceiling of its type to survive in Ireland from the eighteenth century.

For visitors to Dublin Castle today, two of the key protagonists in our story stand out among the figures in this painted ceiling: King George III and St Patrick. It is not yet clear if these two figures had assumed their positions on the ceiling in time to witness Buckingham’s fateful St Patrick’s Day Ball of 1789. Given the wildly differing accounts of this event in the Dublin newspapers, it would appear that the 1780s was an era dominated every bit as much by ‘fake news’, as the twenty-first century. If only St Patrick were to spring from his position on the ceiling of St Patrick’s Hall and burst into life, he might just be able to provide the kind of first-hand account that would reveal the true story of St Patrick’s Day 1789, and the ‘fancy ball’ at Dublin Castle. Until such time, it might well be said, ‘alas, poor Buckingham!’ 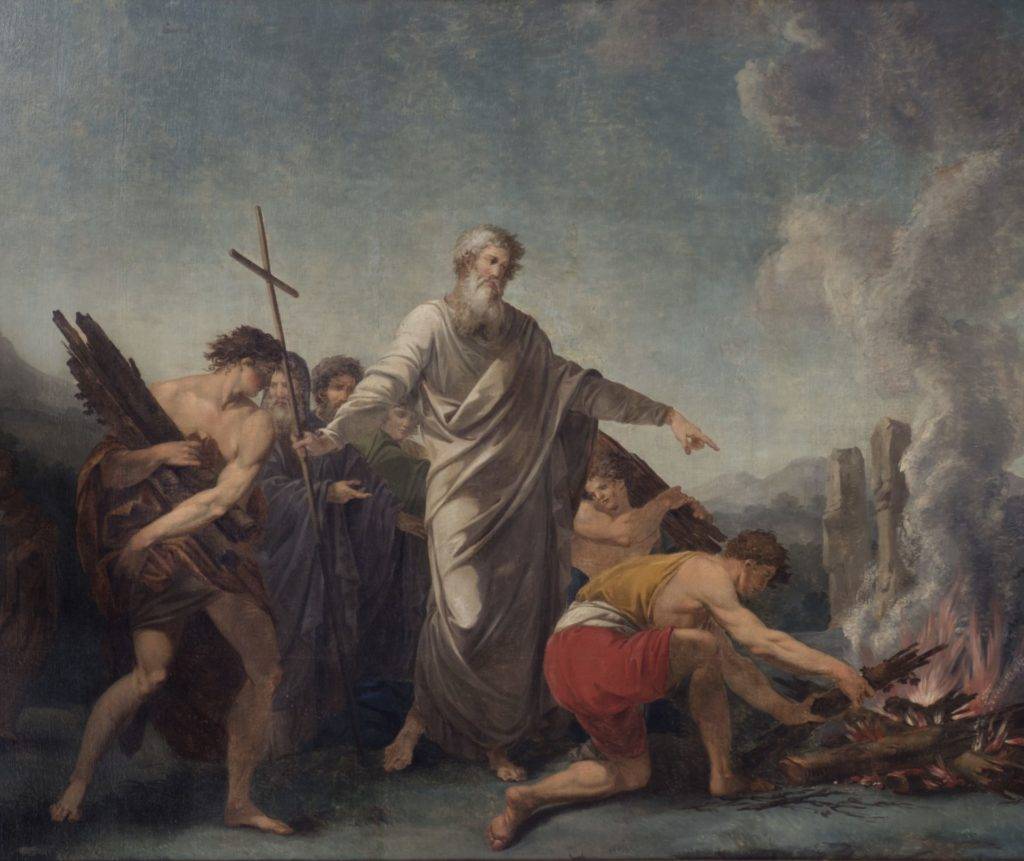 You can read more about the Marquess of Buckingham’s time at Dublin Castle in our new book Making Majesty: The Throne Room at Dublin Castle, A Cultural History (Myles Campbell & William Derham, eds, with a foreword by HRH The Prince of Wales, published by Irish Academic Press and available at Dublin Castle and all good bookshops).