Ship Street Barracks and the Rising

Nestled in the south-west corner of Dublin Castle are the brick clad buildings of Ship Street Barracks. Four of the buildings were originally built around the 1750s and were converted to Officer Headquarters in the early nineteenth-century. The main entrance to the Barracks was designed in 1803 by the State Architect, Francis Johnston, who was also responsible for the Castle Chapel (1814) and renovations to the Record Tower, in the Lower Courtyard of the Castle. Later additions were made to Ship Street Barracks between 1840-1860. The Chaplain of the Dublin Garrison wrote to the Military Secretary in 1831, and in this letter he argued the need for the Barracks:

“The Rebellion in 1798 and Emmett’s Insurrection in 1803 induced the Government to take temporary Barracks in the town, not only for the greater security of the City, but also for the accomodation of the increased numbers of the Garrison.” 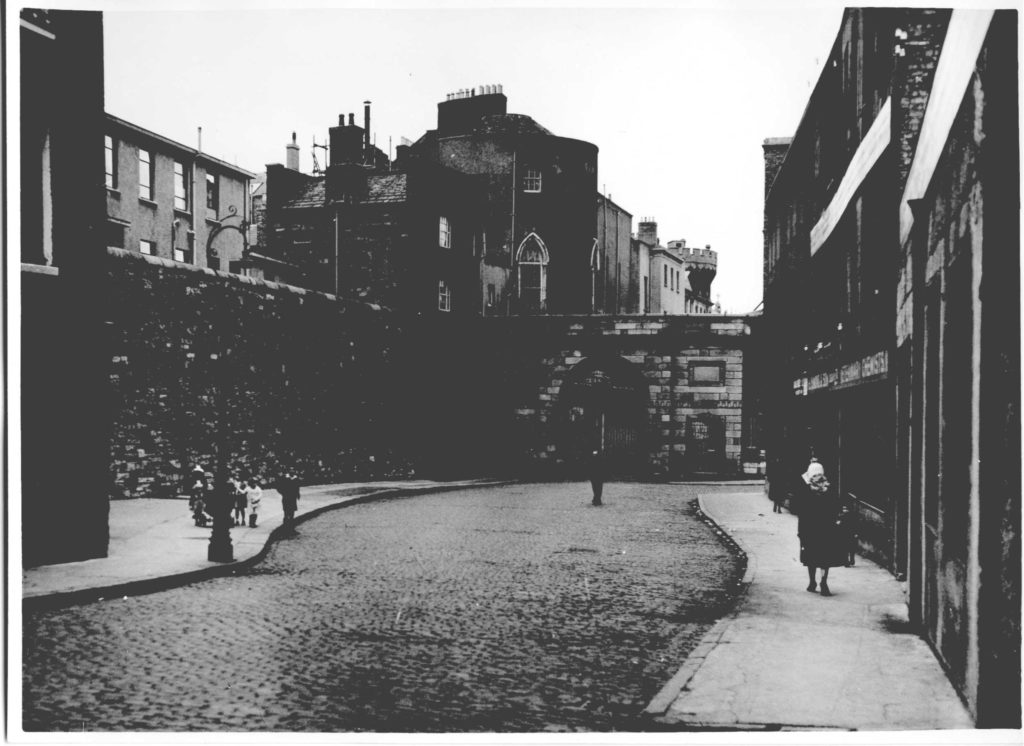 Little Ship Street and the back entrance to Dublin Castle. From ‘Buildings and places in the Dublin Castle area, associated with the Rising of Easter Week 1916’. Courtesy of the Bureau of Military History.

Amidst the Rising of Easter week 1916, Ship Street Barracks held a prominent position once again. Dublin Castle experienced one of the first casualties of the Rising, when an Irish Policeman, Constable O’Brien was shot on duty at Cork Hill Gate by the Irish Citizen Army. Later, the Upper Courtyard of the Castle came under siege by sniper fire, from the roof of City Hall, led by Sean Connolly. Due to its strategic location, Ship Street Barracks was also a focal point of attack for the rebels, however, following the Rising many of them were, in fact, imprisoned there. Although it was mainly used to incarcerate female prisoners, many of the male insurgents were kept here temporarily. 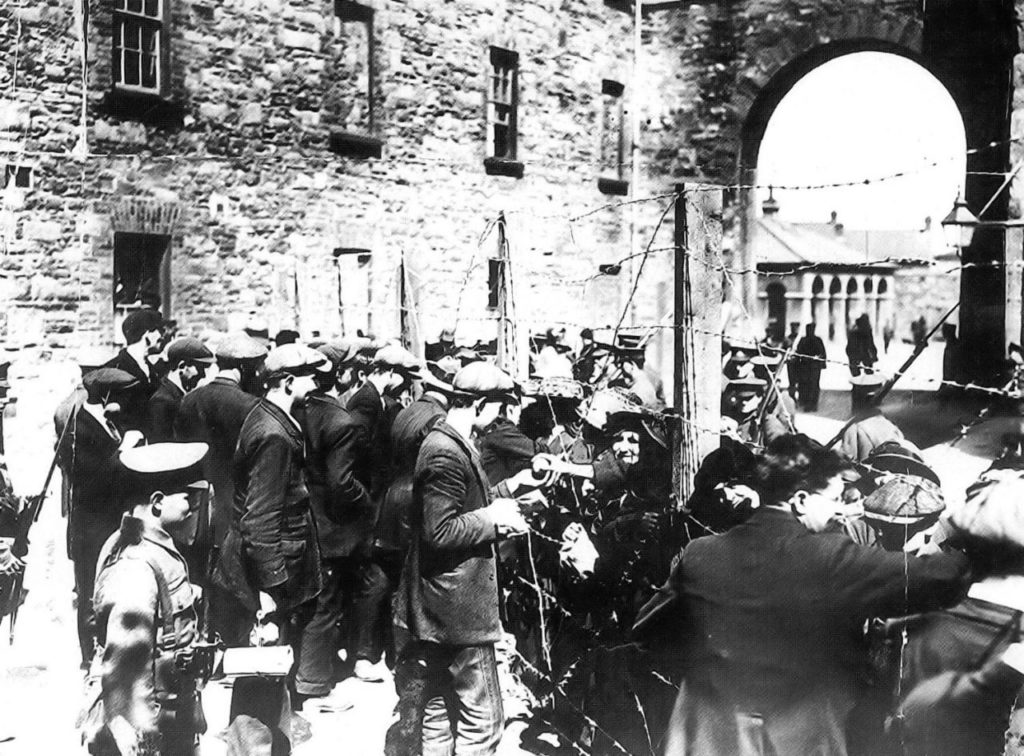 Amongst the Irish Citizen Army at City Hall on Easter Monday, there were approximately ten female volunteers, including, Helana Molony and Dr. Kathleen Lynn.  Following their defeat and arrest by British soldiers, Molony and Lynn were kept for a week in Ship Street Barracks, before being moved to Richmond Barracks and later, Kilmainham Gaol. In her witness statement from the Bureau of Military History, Molony recalls her unpleasant experience in Ship Street Barracks:

“It was a disused room at the back of the building, on the west side. There were old bits of mattresses in it, used by the soldiers. They were covered with vermin; and before a day had passed we were all covered with vermin too.”

Dr. Kathleen Lynn details the food they ate during their time in the Barracks:

“The first day, we had quite a good dinner. After that, the food got slacker and slacker until, in the end, we were getting ship’s biscuits and water. That was our diet for several days.”

Today Ship Street Barracks serves a very different purpose. To accommodate the EU Presidency of 1996, the premises went under a major refurbishment and renovation. This included a new streetscape within the Castle walls, next to, what was to become, the Chester Beatty Library.