‘Sing an English aria from time to time. This pleases them very much’- Johann Sigismond Cousser: a Hungarian Musician in Ireland

Although almost entirely unknown today, Johann Sigismond Cousser was probably the most distinguished composer to have lived in Dublin for an extended period.

This well-travelled composer arrived in Dublin in 1707, where he spent the final 20 years of his life. Born in Presburg (then Hungary) in 1660, his professional work took him across Europe, particularly to the German-speaking lands of the Holy Roman Empire, where he was credited for disseminating the two great styles of the 18th century, the Italian and the French (he quite likely studied for a time with Lully at Versailles). Widely revered wherever he travelled, he produced countless operas, ballets and instrumental performances and brought these elements of Continental courtly musical culture to Dublin Castle, where in 1716, he was appointed ‘Chief Composer and Music Master of the Irish State Musick’ (an unpopular move with some local musicians who ‘joyned together and made a push to run down Mr Cousser’).

Unfortunately, very little of Cousser’s music for the Dublin Court survives (3 works in total). He composed more than 20 Serenatas for the Royal Birthday celebrations at Dublin Castle, but only one score has been found to date, which until recently was attributed to another composer. This work, ‘The Applause of Mount Parnassus‘, from 1711, is scored for nine solo sopranos (The Muses), alto (Apollo), Chorus and Orchestra. The music is charming and sophisticated, Cousser demonstrating a virtuosic command of different forms, tonalities and international styles. He makes full use of the 12 or so Irish State Musick band musicians in the most imaginative and resourceful ways – a virtuosic demonstration to his Irish patrons of his capabilities.

This year’s Handelfest is launching the world-premiere recording of this unique work by the Irish Baroque Orchestra on the Linn record label.

Most Royal works of this nature from the British Isles took the form of an Ode which would have been performed in the style of a modern-day concert performance, but Cousser’s designation, Serenata da Camera, which was to be ‘represented’, seems to follow the Italian serenata tradition of using a temporary stage, a scenic backdrop and stage machinery with the singers acting their roles in costume and sometimes including dancers. These were probably the earliest operatic events to take place in Ireland. Cousser, after all, was one of Europe’s greatest opera composers/impresarios. 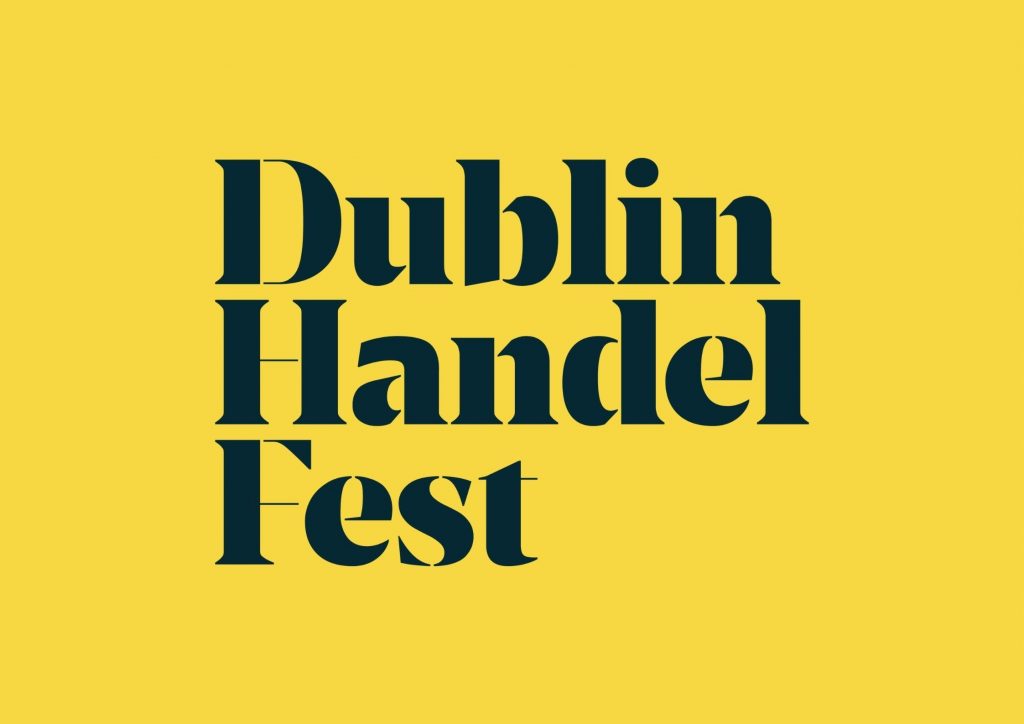 Despite this lack of surviving music, we know more about Cousser’s working practices and personal life than any other composer from the early 18th century, thanks to the discovery in 1951 of a 450-page, pocket-sized notebook in Cousser’s handwriting, known as his Commonplace Book. This is located at Yale University, where it has been digitised.

The Commonplace Book is a treasure trove of the day-to-day preoccupations and practical requirements of a successful composer/music director/teacher working in Europe in the early modern era. The book contains excerpts from various music treatises about harmony, counterpoint, and tuning systems, as well as an exhaustive inventory of libretti and musical works by a staggering array of composers (including one Chanson Irlandois – Sín síos agus suas liom). There is also an address book listing the names of over 500 professional contacts in Dublin and across Europe, stretching as far East as Dresden and from Kiel in the North to Palermo in the South.

Also included were medicinal remedies (in the 18th century, individuals were expected to take personal responsibility for their pharmaceutical care), including cures for asthma, warts, bites from venomous beasts, toothache and rheumatism.

The Commonplace book (written in several languages) contains a 22-point checklist for putting on a concert in Dublin with advice about hiring and cleaning the venue, procuring posters, booking military guards (a day in advance), nailing shut any other doors to prevent people sneaking in, organising a cash float, not forgetting rosin, a pitch-pipe and a large music stand, arranging transport for the harpsichord (to be well-tuned) and double bass, as well as a list of the local nobility who’d be most likely to attend.

Also, 33 tips for German-speaking musicians to adjust to English-speaking lands:

There is also a fascinating inventory of all the items in Cousser’s Dublin home (most likely on George’s Street), giving us a rare insight into the interior layout of the early 18th century ‘Dutch-Billy’ style house. Miscellaneous items from Cousser’s ‘middle room’ include a new shotgun, a mousetrap, a pair of gold scales, and a bed for Cousser’s dog, Sharper.

We often obsess over the lives and works of only a few ‘great’ composers – Cousser’s Commonplace book is an Aladdin’s cave of insights through a different lens. A unique, behind-the-curtains peek into the graft, networking, and practical concerns necessary to be a successful, entrepreneurial Kapellmeister living and working in 18th century Dublin.

Dublin Castle and the Office of Public Works are delighted to partner with the Irish Baroque Orchestra for Handelfest 2022. For more information on concerts and tickets, please go to dublinhandelfest.com