The Empty Vessel with Lisa Gerrard 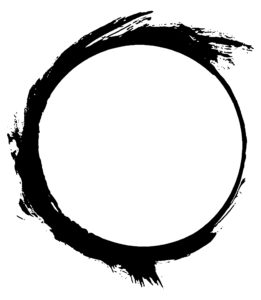 An album to be previewed as an audio installation in the magnificent 19th Century architecture of the Chapel Royal Dublin Castle the weekends of July 3rd & 4th, 10th & 11th, 17th & 18th and 24th & 25th July 2021 from 10am  to 5pm each day. Please note there is limited capacity in the venue and you may be asked to queue on arrival during busy periods. Last admission to the Chapel is at 4.45pm.

Lisa Gerrard and Mark St. John Ellis worked together via long distance communication between Australia and Ireland on  the second version of The Empty Vessel, a music piece using percussive bowls, a singing bowl, bass voice and samples by Mark St.John. Lisa Gerrard is one of the most creative and beautiful voices in contemporary music.  It is a privilege for the Irish record label DeNovaDaCapo to have been given this opportunity to take what was an attractive, meditative and contemplative piece, into the realms of the sublime and release it as a CD. Her original and inspiring voice demonstrates delicate vulnerability and emotional strength in one piece of music.  Lisa’s creative technician in Australia, Simon Bowley did the vocal mixes with effects on the bowls and samples, in Ireland Martin Quinn did the mastering and the creative director on the project was Mark St. John Ellis.

Lisa and Mark St.John have known each other since 1990 when living in London. It was not until Mark St.John moved to Ireland to collaborate with Brendan Perry on the first Elijah’s Mantle album at the Dead Can Dance studio in Quivvy Church, County Cavan, that the opportunity of working together arose. Mark St.John was invited to join the rehearsals as the bass voice of Lisa’s ensemble for her first solo album tour.  He opened the concerts in Europe and the United States with the spoken word, to the backdrop of sounds and voices by her and the other members of the group. To promote the Irish based record label DeNovaDaCapo that Mark St.John founded, Lisa donated two pieces that had not been released by her then record company, 4AD and remains exclusive to the compilation CD ‘These Wings Without Feathers’ DNDC007CD.

Lisa Gerrard is based in Australia and is a singer and composer and the founder member of Dead Can Dance. She received a Golden Globe Award for the music score to the 2000 film Gladiator on which she collaborated with Hans Zimmer.  Overall she has won 11 awards  receiving 23 nominations and has been nominated for a Grammy Award twice.

Mark St. John Ellis is based in Ireland and is a composer and curator. He is the creative director of the independent contemporary music record label DeNovaDaCapo.